IT was a moment of joy and excitement at the Grand Finale of the 14thBiennial Qur’an Memorisation Competition organized in memory of late Dr. AbdulLateef Adegbite by the Lagos Chapter of the Muslim Students Society of Nigeria at the National Stadium in Lagos when a three-year old Shukrah Lawal emerged a winner.
Lawal was granted full scholarship to further
her Qur’an/Arabic and western education.
Speaking on the issue of hijab case in Osun
State and attack on non-Muslims in some parts of the
country, the Secretary-General of Nigerian Supreme Council
for Islamic affairs, Prof. Ish

aq Oloyede called on Nigerians
to tolerate and understand one another in order to reduce
violence in the country.
Prof. Oloyede
further said it is unacceptable for non-Muslims to protest
over hijab covering for Muslim women and also condemned
attack on non-Muslims.
“We are in total
support of taking legal action when your right is trampled
upon, but people should not react violently. The position of
Islam and that of NSCIA is that, nobody should stop anybody
from practising his/her religion for as long as he/she
doesn’t encroach on the rights of others.”
He tasked all Muslim youths to memorise the
glorious Qur’an, as well as understand the message of
the Holy Book. “Be modest in character, don’t lie,
steal or be rude. Be bold and contribute your quota to the
development of Islam. There should not be age limit to
learning the Qur’an. Everyone should be determined to
learn the Qur’an at any age, memorise, understand as
well as apply its meaning to our daily lives.”
Dr. Adegbite’s first, Alhaji Oladipo
Adegbite, encouraged the youths to spend less energy
fighting and more energy and time concentrating on their
well-being so that they can have the tools they need to
achieve better things without necessarily killing
anybody.

Representative of the Lagos State
deputy Governor, Alhaja Amidat Anifowose called on parents
to teach their children the right Islamic education.
Still on hijab case, Prof. Oloyede said moves
to appeal the judgement granting the use of hijab in public
schools in Osun State is malicious.
He said,
“I do not see how hijab being worn by a Muslim lady is
offensive to others. If our sisters in the catholic could go
out in their own dress and it is not offensive to Muslims,
then they should tolerate Muslims too
“Those who are in court are doing the right
thing by going to the court. It will be malicious for any
other person to appeal in my own opinion, but it is also
their rights to appeal and the truth will be decided by the
court.” Oloyede also said neither Christians nor Muslims
have the right to resolve to violence in a bid to get their
rights.
On his part, Lagos State
Commissioner for Home Affairs, AbdulHakeem AdulLateef,
debunked allegations that the Lagos banned hijab (Muslims
headscarf) in primary and secondary public schools.
AbdulLateef explained that those punishing students for
wearing hijab were not acting in the interest of the
government.
“Lagos State Government has
not banned the hijab. It is not Governor Akinwunmi Ambode
that gave such instruction that students that wear Hijab
should be punished. We have a constitutional governor. We
are awaiting the court verdict and Section 38 of the Nigeria
Constitution is very clear,” he added.
President of MSSN in Lagos, Mallam Saheed
Ashafa, explained that the programme was organised to
promote peace and morality in Nigeria while the National
President of MSSN, Muhammad Jameel, challenged government at
all levels to invest massively in education. 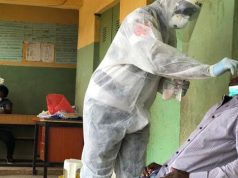 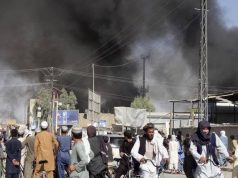 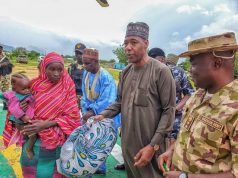