The ancient city of Ile-Ife was agog on Saturday as the Rawdatut-Tanzeel Tahfeez School successfully graduated another 18 Qur’an memorisers, among whom is a 7 year old boy.

The graduands, whom were equipped with set of rules governing recitation and memorization of the Holy Qur’an and Islamic etiquettes, were awarded with the certificate of completion during the official graduation of the Qur’an memorization and Thanawiyyah (secondary school) in Arabic and Islamic Studies.

Speaking at the event which took place at the Enuwa Central Mosque in Ile Ife, the Director of the institute, Mallam Mutiu Uthman said the school was established for the purpose of impacting Islamic knowledge into children at early stage in life.

“One of our goals for establishing this madrasah is to assist parents in teaching their children, between the ages of 4 and 14, the Qur’an and Arabic education and ensure they commit it to memory . Alhamdulilah, today, among the graduands, the youngest Haafidh (memoriser) memorized the Qur’an at the age 7.

“We also have among them, a Haafidha (female) who has gained admission into the reputable AlAzhar University, Egypt.

According to Mallam Uthman, in addition to the Qur’an memorization classes being manned by Hufaadh (certified memorisers), the school has provisions for intensive Arabic studies with some other conventional subjects being handled by competent teachers.

“This has made some of our students to sit for WASC and UTME after the completion of their Qur’an and Arabic studies.

“Between 2013 and 2019, we have trained over 100 students in Quran recitation, memorization and Arabic studies. For this reason, on behalf of the Board of Directors, I want to appreciate the teaching and non-teaching members and staff whose commitment to the madrasah has led to today’s celebration”, he said.

Uthman urged every Muslim parent to expose his or her children to early Islamic education due to challenges posed by globalization and modernisation to the youths.

“We live in an era where technology has taken over the role of socialisation. It is very difficult to socialise the young ones into the norms and values of their parents, because there are so many media of socialization like the social media, radio, television and mobile phones where they got hooked.

He advised Muslim parents to go the extra mile to ensure their children retain the Islamic identity by putting them in schools that are Islam-friendly.

The Director tasked the parents to compliment the western education of their children with Arabic learning and Qur’an memorisation, since it is becoming increasingly difficult to find an Islamic-friendly schools”.

Speaking with our reporter, the youngest graduand, Aamir Mutiu Uthman explained how it feels to be an Haafidh.

“I am Aamir Mutiu Uthman, I am seven years old.I am the baby of the house, my parents have 3 children. I am from Ikiirun in Osun State but I live in Ile-Ife.

The little Aamir could not explain how he achieved the feat but believes its out of special favour and mercy of Allah, as well as his parents’ guidance, saying, “my parents are my motivators”.

Aamir believes one of the significance of memorising the Qur’an is that it serves to protect the Book of Allah, the Sunnah of the Prophet. He also believes that it serves as a viable means of calling people to Allah.

According to master Aamir, the studies was a full time programme which starts early in the morning and stops by Maghrib (evening) with short break.

The youngest Haafidh said, contrary to the impression of many, memorising the Qur’an is not a difficult task.

Aamir who wants to to become an Islamic scholar had a message for his friends and contemporaries?

“I implore them to try and acquire the knowledge of Islam especially that of the Qur’an.” 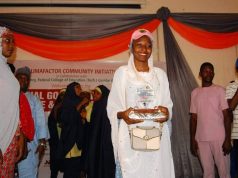 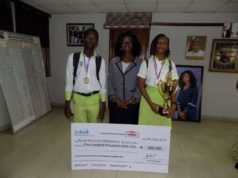 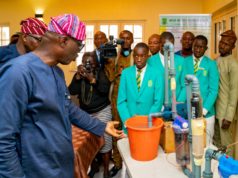