Muslim clerics in Kwara have been advised to close down Islamic schools across the state to prevent the spread of COVID-19, especially among children.

Yusuf Abubakar, Imam of Uthman Bin Affan Mosque in Tanke area of Ilorin, gave the advice in an interview with the News Agency of Nigeria (NAN) on Monday in Ilorin.

Abubakar stated that the closure of such schools would also aid the state government’s directive on social distancing.

He quoted the Prophet Muhammad’s (SAW), advice during pandemic: “If you hear of an outbreak of plague in a land, do not enter it; but if the plague breaks out in a place while you are in it, do not leave that place.”

According to him, the above Hadith or saying of Prophet Muhammad has clearly agreed with the directives of the government on quarantining and embarking on preventive measures against pandemics and epidemics.

“Keeping children from Islamic schools for the time being is not against Islamic rulings; in fact, it is following the strict rules as laid down by the Prophet during outbreak of diseases,” he said.

He warned those scholars who claimed that their faith was strong enough to protect them from such pandemic to desist from such beliefs at the expense of people’s health.

According to him, the same restriction which is applicable to Islamic schools also apply to mosques, adding that Allah has provided the whole earth as a place of prayer, except for grave yards and unclean places such as toilets.

Abubakar advised Muslims to intensify prayers in these trying times, saying there are series of prayers taught by the Holy Prophet in times of diseases and distress.

NAN reports that the National Centre for Disease Control (NCDC) said on Monday that country currently have 36 confirmed cases of the COVID-19.

According to the report, 32 of the confirmed cases were active while the other two had been discharged.

The NCDC also noted that Nigeria recorded its first death from the pandemic, involving a 67- year- old male, who returned home following medical treatment in the UK. 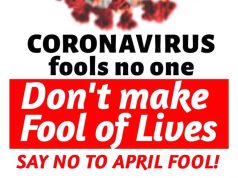 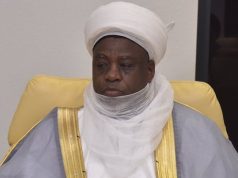 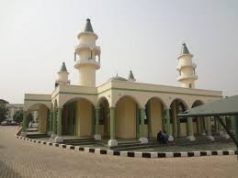