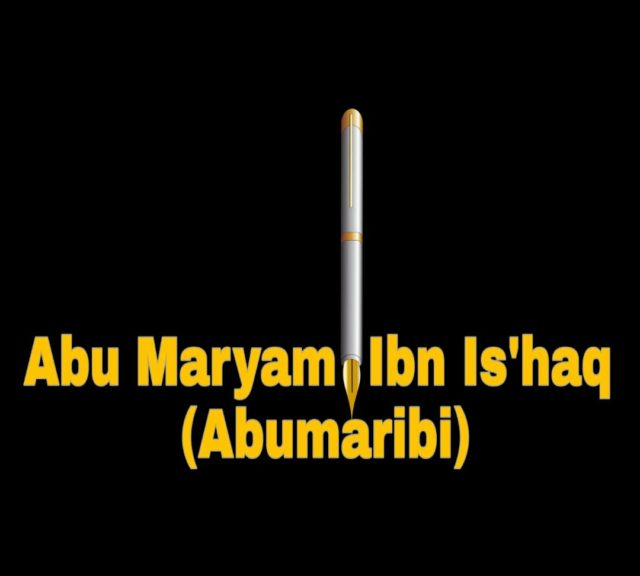 A gift is worth giving to those who have done a meritorious act to you and probably to compensate them for their kind nature. This gift is to appreciate their virtuous act.

However, if you are able to find certain people around you propagating vice and also acting against the law of nature; will you leave those people to be dissuaded by their desire and continue in their abnormalities? That’s no way for the right minded ones. For the acme of Wisdom reminded the true believers:

“Let there arise out of you a band of people inviting to all that is good, enjoining what is right, and forbidding what is wrong: They are the ones to attain felicity.” (¹)

Hence this treatise has been prepared as a gift to those who have lost their purpose of existence on earth; the feminist. Join me on this adventure as I help the  people who lack the clue of the ‘Divine Plan’ put their senses to normalcy.

When you’ve fully grasped the content of this writeup, you cannot but enjoin the virtue of sharing the gift to those who are on the verge of this feminist deception, in order to be saved from.the shackles of the devil.

Now the analogy of the gift of the feminist conception in details.

The conception that is contrary to the art of nature is no more than a deception by the devil to degrade mankind from the status of high attained. Hence, more reasons why the truth propagators need to reject all forms of branded and rebranded deception from the chief deceiver.

You sure need to save yourself, your households and the society from following the footsteps of the chief deceiver in evil; Shaitan (Lead Devil, Lucifer, Satan). I called feminism a rebranded two ways evil plan of the devil. This is because, feminism made women strive for materialism as a means of being financially independent and also to change the divine roles of gender with their so-called gender equality (devilish) campaign.

Listen, for Shaitan has made concrete promise beforeyourd:

For this reason, the Most Merciful Creator already declared the safety standards, for the true believers and heedful minds to be reminded:

“And whoever takes Shaitan (Satan) as a Wali (protector or helper) instead of Allah, has surely suffered a manifest loss.” (³)

Feminism is a well-packged evil that held the unrestrained females spellbound with the feeling that, their conviction has to be of priority. As such the concept of feminism became the powerful techniques the chief deceiver developed in disrupting the most active participants of the households; the women.

The concept of feminism is a destructive weapon targeted into the emotional state of the women and to lure most of them into believing that; they have to strive for the same divine rights given to the men. Whereas, if you critically look into the state of mankind, women are created to be cherished by men. This is due to the fact that, the origin of women was from man. In Islam, the status of women is elevated to enjoy virtuous qualities more than their counterpart.

“But when she delivered her, she said, “My Lord, I have delivered a female.” And Allah was most knowing of what she delivered, “And the male is not like the female…”” (⁴) [Surah Aal-e-Imran 3:36]

The Mother of the Virtuous Maryam (Mary – the mother of the Messiah Jesus) explicitly defined the disparity for the right minds to note. Did you reason on what she said: “And the male is not like the female…”?

Hence, you see the major reason why those who claimed to be equal gender right activists needs to be fed with the Pristine information, so that their brain will wake up from degeneracy and start acting properly in accordance with the law of nature.

This you have known, and that you may take hold of the Divine Plan (Qur’ān) has your ultimate source of lifestyle.

Take your gift, O Feminist! For this gift is so resourceful, to help you format your corrupt psyche from bad orientation and for you to get the real resources from the Pristine Source. You need to apply the information in the Divine Standards (Qur’ān) to your lifestyle, in order to leave the darkness of illusion into the light of Islam.

“It  He who sends down upon His Servant [Muhammad] verses of clear evidence that He may bring you out from darknesses into the light. And indeed, Allah is to you Kind and Merciful.” (5)

Watch out for the next series on why you have to reject this devilish conception of feminism. 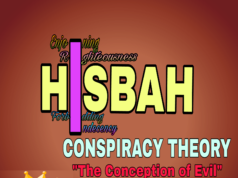 CONSPIRACY THEORY – (1): THE TABLE OF DELICACY 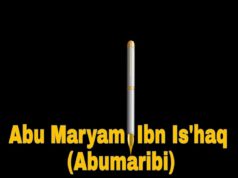 HOW TO SUCCEED WITH THE SPIRIT OF RAMADĀN By AbdulKabir A. Yusuf (Abumaribi)