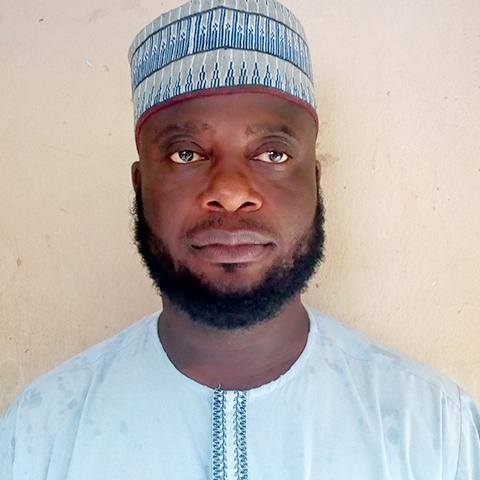 All perfect praise be to Allah, The Lord of the Worlds. I testify that there is none worthy of worship except Allah, and that Muhammad (Peace be upon him) is His servant and Messenger.

Dear brothers and sisters! Today, the question of whether to apply capital punishment for unusually severe or heinous crimes is a moral dilemma for civilised societies across the world. But for Muslims, Islamic law guides their views on this, clearly establishing the sanctity of human life and the prohibition against taking human life but making an explicit exception for punishment enacted under legal justice.

The Qur’an establishes that killing is forbidden, but as clearly establishes conditions under which capital punishment may be enacted. Allah Almighty says:

Life is sacred, according to Islam and most other world faiths. But how can one hold life sacred, yet still support capital punishment? The Qur’an answered as follows:

“…Take not life, which Allah has made sacred, except by way of justice and law. Thus does He command you, so that you may learn wisdom.” [Qur’an, 6:151]

The critical point is that one may take life only “by way of justice and law.” In Islam, therefore, the death penalty can be applied by a court as punishment for the most serious of crimes. Ultimately, one’s eternal punishment is in Allah’s hands, but there is a place for punishment enacted by society in this life as well. The spirit of the Islamic penal code is to save lives, promote justice, and prevent corruption, mischief and tyranny.

Islamic philosophy holds that a harsh punishment serves as a deterrent to serious crimes that harm individual victims or those that threaten to destabilise the foundation of society.

According to Islamic law (in the first verse quoted above), the following two crimes can be punishable by death:

Now let’s consider each of these in turn:

• Intentional Murder: The Qur’an legislates that the death penalty for murder is available, although forgiveness and compassion are strongly encouraged. In Islamic law, the murder victim’s family is given a choice to either insist on the death penalty or to pardon the perpetrator and accept monetary compensation (Diyyah) for their loss.” [Qur’an, 2:178]

• Spreading mischief in the land (Fasad Fil-Ard): The second crime for which capital punishment can be applied is a bit more open to interpretation, and it is here that Islam has developed a reputation for harsher legal justice than what is practiced elsewhere in the world.

“Spreading mischief in the land” can mean many different things, but it is generally interpreted to refer to those crimes that affect the community as a whole and destabilise society.

Crimes that have fallen under this description (Spreading mischief in the land) have included:

Actual methods of capital punishment vary from place to place. In some Muslim countries, methods have included beheading, hanging, stoning, and death by firing squad. Executions are held publicly in Muslim countries, a tradition that is intended to warn would-be criminals.

Although other nations often criticise Islamic justice, it is important to note that there is no place for vigilantism in Islam—one must be adequately convicted in an Islamic court of law before the punishment can be meted out. The severity of the punishment requires that stringent evidence standards must be met before a conviction is found. The court also has the flexibility to order less than the ultimate punishment (for example, imposing fines or prison sentences), on a case-by-case basis.

And although the implementation of capital punishment for crimes other than murder is a different standard than that used elsewhere in the world, defenders can argue that the Islamic practice does serve as a deterrent and that Muslim countries as a result of their legal strictness are less troubled by the routine social violence that plagues some other societies.

In Muslim countries with stable governments, for example, murder rates are relatively low. Detractors would argue that Islamic law borders on the barbaric for imposing death sentences on so-called victimless crimes such as adultery or homosexual behaviour.

Debate on this issue is ongoing and not likely to be resolved soon.

May Allah continue to expose all the evildoers in our societies, and may He continue to protect us with his divine protection, ameen.

And all praise is for Allah, Lord of all creation, who guided us to Islam and the Sunnah. May the peace, blessings and salutations of Allah be upon our noble Messenger, Muhammad, and upon his family, his Companions and his true and sincere followers.

Murtadha Muhammad Gusau is the Chief Imam of Nagazi-Uvete Jumu’ah and the late Alhaji Abdur-Rahman Okene’s Mosques, Okene, Kogi State, Nigeria. He can be reached via: gusauimam@gmail.com or +2348038289761.

[Friday Sermon] Allah Will Never Forsake, Disgrace Or Abandone You!