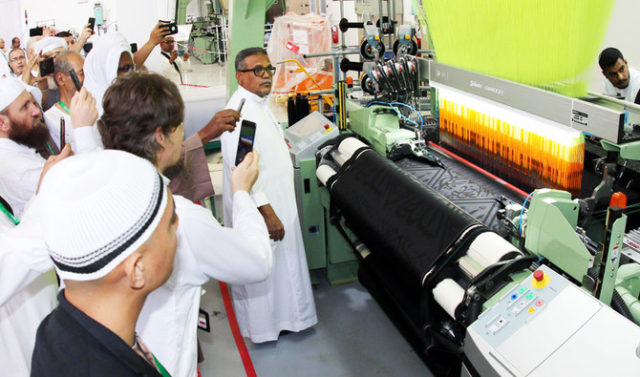 Thousands of Nigerian pilgrims have joined their counterparts from all over the world to visit some historical sites in the city of Madinah, Saudi Arabia.

The visit, according to Islamic scholars, is a mark of respect for the tradition of Prophet Muhammad (PBUH), before the pilgrims would move to Makkah in continuation of the Hajj rituals.

Some said the visit was an opportunity for them to appreciate tourism potential of the city of Madinah and its environs.

It was gathered that mountain Uhud is where the second holy war between the people of Makkah and Muslim faithful took place on March 23, 625AH.

At the battle, a small Muslim Army defeated the large army belonging to the people of Makkah.

The pilgrims also visited Quba mosque, where they observed two raka’ats prayers, equivalent to lesser Hajj.
Other historical sites near the city of Madinah visited by the pilgrims include Dar Al Madinah, Cave of Bani Haram and Masjid (Mosque) Al Ghamamah.

Ghamamah mosque is said to be one of the oldest mosques in Madinah located in the place where the Prophet had his Eid prayer and prayed for rain in Madinah.

Meanwhile, thousands of pilgrims have continued to troop to Madinah in furtherance of their obligatory supplications to Allah at the one million capacity Prophet’s mosque in Madinah.

According to the National Hajj Commission of Nigeria (NAHCON), about 10,000 Nigerian pilgrims have arrived Madinah since the inaugural flight in Katsina on July 10.
The pilgrims were seen reciting the Holy Qur’an, offering prayers and exchanging pleasantries with one another.