A Consultant Ophthalmologist, Dr Olubusayo Adejumo, says application of harmful traditional eye medications contributes to preventable blindness in children.
Adejumo of Marilyn Miller Centre for Child Eye Health, Eleta Eye Institute, stated this on Friday in Ibadan.
According to the ophthalmologist, the use of traditional eye medicine and harmful substances is a common practice in the country and has resulted in avoidable blindness from corneal ulceration and consequent scarring.
“In children, we have the treatable and preventable causes of blindness and many of these cases are mostly issues relating to the cornea.
“The cornea is a transparent dome-shaped tissue that forms the front part of your eye. It functions as the window of the eye.
“The problem of low vision and preventable blindness in children can arise from the application of harmful traditional ointments such as kerosene, cassava water, urine, breast milk, sugar water, battery fluid and onion amongst others into the eye,” she said.
Adejumo said that the use of these harmful eye medications could lead to infection which destroys the cornea and eventually lead to blindness inspite of ophthalmic intervention.
She said other causes of preventable and treatable blindness in children include corneal scaring, measles, refractive error, childhood cataract and childhood glaucoma.
Adejumo also said: “45 per cent of blind children become blind from avoidable causes. A child’s quality of life and neurological development are highly dependent on adequate vision.
“A blind child has nothing less than 50years to contend with. When a child is blind, it affects her social, emotional and psychological set up.”
The ophthalmologist said that such children are eventually burdens to their immediate family and the entire community at large.
“There is a need for sustained public enlightenment on the effect of harmful traditional eye medication,’’ she said. 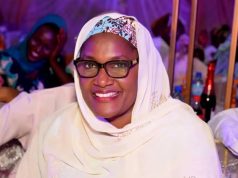 Kwara gov says no birthday bash, adverts for him