Justice Oyejide Falola of Osun State High Court has defended his judgement permitting female Muslim students in public schools in the state to wear hijab to the classroom.

Justice Falola said he only applied the law the way he should, urging those condemning the verdict to stop making inflamatory statements.

Falola, however, warned CAN and the Muslim community in the state, through their counsels in court, against destabilizing and dividing the judiciary by their actions and comments.

Falola during a court sitting said his conscience was clear and his hands were not tied on the judgement he delivered on the hijab issue on June 3.

While stating that his judgment was based on the law and facts before him, Justice Falola said, “If the same facts and the law is placed before me 10 times, I will give the same judgment 10 times.

“I work on facts and law. My conscience is clear, my hands are not tight. This is a case of constitutional issue; I deal with constitutional matter, I did not deal with matters of religion.

“I am employed as a judge and I am bound to abide by the law. Judiciary is a sanctuary that deals with the law and whoever handles any case would not allow his/her religion to interfere.”

Meanwhile, the application for stay of execution order sought by Osun State Christian Association of Nigeria (OS-CAN) on the judgment of the State High Court that guaranteed Muslim female students’ right to wear hijab in public schools has been struck out.

Justice Jide Falola struck out the case when it came up on Tuesday at Osogbo, Osun State Capital.

The striking out of the case followed the decision of the OS-CAN to take the case to the appeal court.

He applied to withdraw the application for stay of execution, saying, in view of Order 4 Rules 10 & 11 of the Court of Appeal Rules 2011, the lower court can not take the application.

Counsel to the 1st to 5th respondents (Governor Rauf Aregbesola, Ministry of Education and three others), Jide Obisakin, did not oppose the withdrawal application.

Following the withdrawal and absence of opposition by other respondents, Justice Falola struck out the case.

Speaking at the court premise, lead-Counsel to the Muslim Community, Kazeem Odedeji,  expressed satisfaction with the withdrawal of the motion for execution.

He said, “The motion for stay was withdrawn and struck out. We are satisfied because the implication is that there is no motion for stay again in any court and nothing anybody can hinge upon against the full implementation of the judgment. It then behoves all parties to fully obey the judgment.”

The OS-CAN had on June 22 filed an application before the State High asking for a stay of execution of the judgment pending its determination by the Appeal Court.

But at the court sitting on Friday, July 8, counsel to CAN, Barrister Olufemi Ayandokun explained that the state Muslim Community represented by Barrister Kazeem Odedeji filed a counter-motion on Monday, July 4. 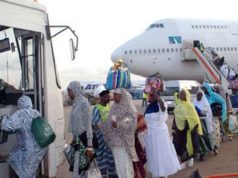 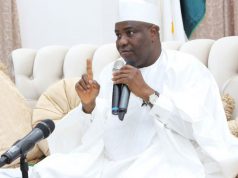 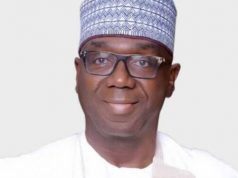