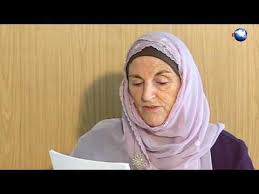 The Muslim Students’ Society of Nigeria Lagos State Area Unit has consoled with the family of Late Aisha Lemu and the Federation of Muslim Women of Nigeria (FOMWAN).

The condolence was contained in a press statement by the Amir (President) of the MSSN in Lagos State, Dr. Saheed Ashafa.

It will be recalled that the British-born Islamic educator, Bridget Aisha Lemu, passed on at the age of 78 on January 05, 2018.

Ashafa, in the press statement, described the late Lemu as an incomparable icon.

The press statement read in part: “We commiserate with the family of Lemu for the loss of an incomparable icon Aisha Lemu.

“Late Aisha Lemu left her footprint in the sand of time. She made immeasurable contributions to islamic education with her valuable books for students of Islam.

“Her approach and style were unique and unparalleled. She will also be remembered for successful parenthood. Her children stand out among peers and take after their parents to bear the torch towards the corner of darkness.”

Born Bridget Aisha Honey, Aisha Lemu converted to Islam in 1961, after practising other religions like Buddhism and Hinduism.

She studied at the University of London’s School of Oriental and African Studies (SOAS) where she met her husband, Dr. Sheikh Ahmed Lemu

She moved to Kano with Sheikh Lemu in 1966 after obtain a Postgraduate Certificate in Education, and she taught at the School for Arabic Studies, where her husband worked as headmaster.

She was Principal of the Women’s Teachers College in Minna from 1976-1978 and together with her husband, founded the Islamic Trust.

In 1985, she founded the Federation of Muslim Women Association in Nigeria(FOMWAN) and was the association’s national Amirah for four years. She worked as a civil servant afterwards, and has many publications to her name. One of her publication is Women and Da’wah and many others. 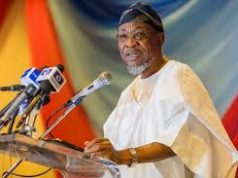 #EndSARS: MURIC Sympatises With The Media