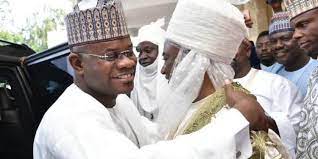 Some clerics have urged muslims across the country to emulate the virtues and teachings of Prophet Muhammad (SAW) so as to have a peaceful society freed of insecurity, chaos and other social vices.

The clerics made the call on Thursday in Lokoja, at the three-day Annual Conference of the 4th Nigeria World Maulid Anniversary in honour of the Holy Prophet Muhammad, with the theme: ”The Prophetic Solutions To The Questions of Humanity”.

The News Agency of Nigeria (NAN) reports that the conference was organised by JAM’IYYATU ANSARIDDEEN (ATTIJANIYYA), under the leadership of His Spiritual Eminence Sheikh Muhammad Mahi Ibrahim Niass, the Grand Khalifa Worldwide.

In his lecture, titled: “The Economic System of Prophetic Planning , Lessons From Hijra”, Dr Usama Magaji, the Imam of Federal University Lafia, Nasarawa State, urged public office holders to discharge their duties with the fear of God and teachings of prophet Mohammad.

Magaji said that economic value of a country depend on the qualifications, expertise and sound economic planning as emphasised by the prophet, stressing that the prophet’s teachings could turn around the economic woes of the nation.

He enjoined muslims to plan their economy based on Islamic injunctions, stressing the need to come together to develop their communities as well as the country at large.

Also speaking, Dr Aminu Abdullahi, from University of Sokoto, in his topic, titled: ”Hours of the Prophet’s Daily Life, Lessons and Morals”, stressed the need to protect human rights which was the core value of Prophet Muhammed.

Abdullahi emphasised that prohet Muhammad was loved by people because of his good attitude, describing him as the best of character.

He urged muslims to live an exemplary life of Muhammed, with virtues of simplicity, perseverance, patience, generosity, care and respect for one another without disdaining anybody.

He urged the people not to be hard on others, saying, ”Prophet says we should respect one another and we should not treat any body with disdain or being wicked to people.

”The Prophet was very generous with significant hallmark of leadership which Muslims should also emulate to have a peaceful society”.

On his parts, Prof. Ali Al-Ahmer, who spoke on preventive measures against COVID-19, urged the people not to engage in what could destroy them,

He advised muslims to be socially responsible and be hygienic which according to him, was part of beliefs in Islam.

In his remarks, the Conference’s Chairman, His Royal Highness, Dr Usman Obaje , the Ejeh Dekina, said the society could only be bettered and comfortable for people, if every body including leaders emulate the virtues of Prophet Muhammad.

The royal father eulogised the organisers of the conference, saying if prophet Muhammad virues and teachings were adopted it would address the present challenges facing the world.

NAN reports that the three-day conference scheduled to end on Saturday was well attended by muslims across the federation.
(NAN) 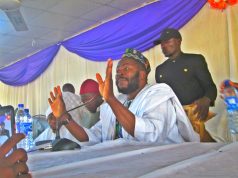 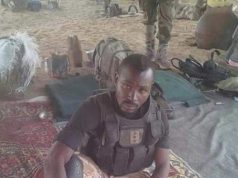 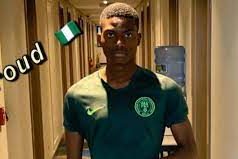