The Rector of Naailyn International Islamic and Arabic Studies Institute, Mallam Kewulere Olayimika Abdul Wasi, has urged leaders to be just so as not to taste the torment of hell fire.

He disclosed this statement recently at the transitional conference organized by Muslim Students’ Society of Nigeria, Lagos State University branch with the theme, ‘In their Footstep: Leadership style of the righteous predecessor’.

He said been a leader could spoil one’s hereafter, adding that every leader should always welcome people’s idea.

“Allah will query the leader on how he has led his people because it is been said by the prophet that every one of you is a shepherd and you will be asked how you have led your sheep,” he said.

Kewulere stressed that the new administration should do everything with sincerity so as to see the benediction of Allah.

“The post they have taken is a kind of responsibility that they have to hold carefully and should do everything with sincerity because if they do anything in their own interest it won’t favour them,” he said.

In an interview with the new Administration’s Amir (President), Bro. Mahfuz Alabidun, urged members to support the new administration for the organization to attain a greater height.

Alabidun, who is serving for the second time as the Amir, reiterated that the executives should work as a team in order to achieve the set goals.

“During the previous administration we had a lot of challenges, so working as a team will really make us better and loving each other irrespective of what may have been the indifference,” he said.

He, however, said that the Muslim students in the institution should be serious with their academics so as to come out with flying colours. 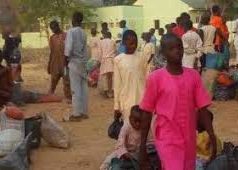 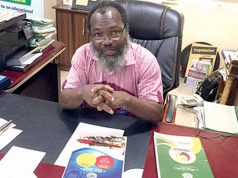 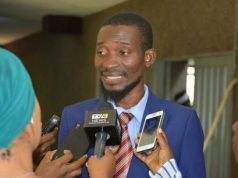