This was made known in a press statement circulated among journalists on Thursday, 5th May, 2022 by the director of MURIC, Professor Ishaq Akintola.

“The timetable of the 2022 POP Final Examination Timetable released by the National Open University (NOUN) has revealed that Muslim students and Muslim staff of the institution were forced to write the aforementioned examination and invigilate same respectively during the period of the Jumu‘ah prayer from Tuesday 19th April to Tuesday, 17th May, 2022.

“The infringements on Allah-given fundamental rights of the Muslim students and staff occurred on Friday 22nd and 29th April, 2022. Unless adequate steps are taken by the authorities of NOUN to correct the anomaly, it is most likely to continue on Friday, 6th and 13th May, 2022 (https://eu.docworkspace.com/d/sINKanrWRAajrupMG).

“This cannot be acceptable to Nigerian Christians and it is for the same reason that it is a taboo among Muslims and anybody who forces them to do it is regarded as standing between them and their freedom to worship Almighty Allah, their Supreme Creator. It is not only outrageous, repulsive and detestable, it is also anti-Muslim and neo-imperialist. It smacks of articulated religious fanaticism.

“Why do you hate Muslims so much? What have we done to deserve this? We demand unreserved apology from NOUN for the infringement which occurred on those two days and for subjecting Muslim candidates and staff to immeasurable psychological trauma which affected their performance during the examinations. Furthermore, we demand the cancellation of all examination papers scheduled for the Jumu‘ah period on this coming Friday, 6th May and Friday 13th May, 2022.

“The chairmen of MURIC in all 36 states have been directed to locate the examination centres throughout the country on Friday 6th and Friday 13th of May with the aim of monitoring compliance with our demand. This must be done without resort to violence and with utmost civility and decorum. MURIC will consider its next step if NOUN fails to comply.

“NOUN authorities have manifested the highest degree of insensitivity to the feelings of Muslims and disrespect for their religion by preparing an examination timetable that leaves no room for Jumu‘ah prayer thereby forcing Muslim candidates to write examinations under duress and compelling Muslim invigilators to work in a dehumanizing and despiritualizing condition.

“The examination timetable is anti-Muslim and neo-imperialistic. From all indications, NOUN authorities are on the verge of christianising the institution. For violating the spirit and letter of Section 38(i) & (ii) of the 1999 Constitution of the Federal Republic of Nigeria, this timetable and the attendant examinations taken during Jumu‘ah period are illegal, illegitimate, unlawful and unconstitutional.

“We affirm that there must be consequences for religious persecution and spiritual particularism. We are going to hold Muslim-haters accountable for their hate-inspired acrobatic religiousity and bias-filled gymnastic spirituality. We will not relent until Muslim-haters learn how to control their luciferous, serpentine and egregious abhorence for Muslims.” 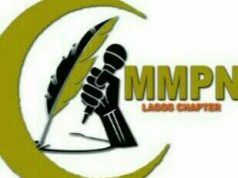 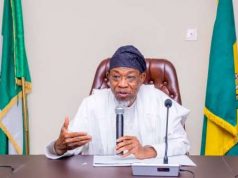