The Muslim Rights Concern (MURIC) has tackled the Lagos State Traffic Management Agency (LASTMA) for infringing on the religious rights of the agency’s Muslim officers who are currently undergoing training in Idimu, Lagos. According to the human rights group, LASTMA authorities breached the fundamental human rights of Muslims by disallowing them from observing congregational prayers in the camp during the recent Induction Course 10 held at the Four Square International Conference Centre, Idimu, Lagos State.

This was revealed to newsmen in a press statement issued by the director of MURIC, Professor Ishaq Akintola, on Wednesday, 18th December, 2019.

According to MURIC, “We learnt about this ugly situation through the media and we know from experience that we have to move quickly in order to douse tension. We are dismayed by what LASTMA authorities are alleged to have done. Can it be true? In the first place, why did a whole government agency pick the premises of a religious group to train its officers? Why were Draconian rules rolled out over the use of the same religious premises for people of another faith. Why pick such a place ab initio if harsh and repressive conditionalities were going to be applied?

“About ten Muslim officers were alleged to have attempted to pray in an open space within the premises. Some Christian colleagues who saw them reported to the commander. They were all summoned and interrogated and in the end LASTMA commander was reported to have threatened to deal seriously with the Muslim officers for daring to observe Muslim prayer in a church premises. There are fears that their appointments may be terminated or they would be dismissed.

“We in MURIC declare that it had better not be. Lagos is the centre of excellence and there is respect for the rule of law. Lagos respects citizens’ rights. The state government has also been propagating and actively promoting peaceful co-existence among the different religious groups in the state. So we do not see how the commander’s alleged threat can become a fait accompli.

“We want to hear from LASTMA. We are keen on knowing their side of the story. We repeat: it had better not be. Nobody has the right to stop Muslims from worshipping Allah just as no one has the right to stop Christians from worshipping Jesus. It should be added that Muslim mode of worship cannot be curtailed by any homo sapien. We are saying this because we heard that the officials said Muslims in the camp should pray individually and not in congregation. That is nauseating, nonsensical and unacceptable.

“This is another moment of truth. The choice of the Four Square Church premises for LASTMA induction course 2019 has exposed the hypocrisy of those who claim that there is religious tolerance in the South West. We declare that such a claim is false and misleading. What happens in the South West is that individuals who belong to different faiths but who live in the same houses or work in the same places tolerate themselves because they belong to the same families or because they know each other. Besides, fate has brought them together under the same roof or in the same workplace.

“But religious institutions have remained enstranged from each other and sometimes bitterly hostile towards one another. That is why there have been instances whereby religious rivalry has taken the driving seat and intolerance has threatened the peace in Yorubaland.

“Examples of such instances include the LASTMA-Four-Square-Church saga above, the Hijab-Church-choir-gown-and-masquerade-dress imbroglio in the State of Osun schools, the molestation of hijab-wearing female Muslim students by overzealous Christian teachers in Lagos State schools, election registration and identity card officials who compel Muslims to remove their hijabs, caps and turbans before ‘capturing’, etc.

“It is noteworthy that both the perpetrators and the victims in the above examples are of Yoruba stock. There was no single Northerner among them. Yet the Christians in the examples were determined to deprive the Muslims of their Allah-given fundamental human rights. The idea of religious tolerance among the Yoruba is therefore a myth, a mirage and a tale by moonlight.

“The above examples also showcase the sufferings of Yoruba Muslims in the hands of their fellow Yoruba who are Christians, particularly in the hands of Christians who occupy official positions. Muslims are told point-blank, ‘This is not Sokoto…Go to Kano if you want to use hijab…’ Yet Nigeria has only one constitution.

“We in MURIC will like to know if Yoruba Christians have any grudges against Yoruba Muslims, any allegation at all, anything Yoruba Muslims have done to hurt Yoruba Christians. This question is another angle to our choice of dialogue in interfacing with our Christian neighbours. We have listed our allegations against you (see above), now tell us, what have we done to hurt you?

“MURIC is putting the Federal Government as well as all state governments in the South West on notice. Enough of the deception about the existence of religious tolerance in Yorubaland. The spate of persecution of Muslims in the South West has reached its highest crescendo. Although the perpetrators are aware that they are breaking the law, they have been emboldened by the fact that no one has ever been held accountable by the authorities.

“If anyone is still in doubt, the tactical withdrawal by the highest law institution in the land from any legal tussle arising from and approval of the use of hijab for Amasa Firdaus and, by deduction, for all future law graduates called to bar, is enough to convince doubting Thomases that the use of hijab is lawful, legitimate and constitutional. But not for Christian officials in Yorubaland. They will seize every single opportunity to oppress Muslims. Yet they claim that there is religious tolerance in the South West.

“In this regard, MURIC advises the Lagos State Government to withdraw the hijab case from the Supreme Court as a mark of respect for the prestigious Law School and the highly respected Body of Benchers. If these two legal institutions deem it fit to allow a graduand who defied all decorum on account of her hijab to be called to bar eventually, Lagos needs to put on another thinking cap, namely, the cap of real, genuine and undiluted religious tolerance. This cap will truly fit Lagos as the center of excellence primus inter pareil.

“Press statements are an extension of dialogue and MURIC will continue to explore this and other peaceful means of resolving issues. We want peace in Lagos State in particular and Nigeria in general. Our vision of Nigeria is that of a nation where people live together in peace and harmony, a nation in which no one is oppressed, where every citizen enjoys Allah-given fundamental human rights regardless of class, creed, or ethnicity. But we all must tow the path of justice to ensure this happens because justice is the soul of peace. No one can deny one and enjoy the other.

“We therefore invite the Lagos State Government to quickly intervene in the conflict at the ongoing LASTMA induction programme at the Four Square International Conference Centre before it escalates. We demand a probe into circumstances surrounding the choice of a church premises for the training of LASTMA officials when it is well known that there are non-Christians among them. We demand immediate halt to the irrational rules in the camp for those in this second batch which will end on Sunday 22nd December, 2019.

“We charge LASTMA authorities to provide a place within the premises where the Muslims can observe their congregational prayers or move the training venue out of a church premises immediately in the interest of peace. We demand the relocation of the training ground to a neutral place for subsequent batches. The remaining streames should not be held in any church, mosque or shrine premises. A neutral venue must be found. Lastly, we appeal to Muslims throughout the country to remain calm and law-abiding.” 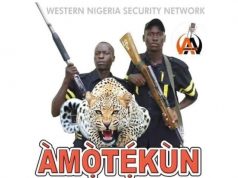 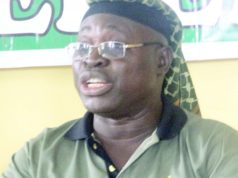