Sex is one of the natural instincts created in man by Allāh. It’s both a physical and emotional craving that man desires to satisfy whenever the need arises. Allāh recognizes this need, and has permitted man to satisfy his canal urge within the limits permitted by the Sharī’ah. He created it in man, and He knows that it might not be easy to be subdued completely.

However, some of the early Jews and Christians sought to cheat nature by subduing their sexual urge through a self-imposed monasticism which compels members to practice celibacy. Allāh denounces ever granting such injunctions when He says: “As for monastic asceticism, they made it up—We never ordained it for them—only seeking to please Allah, yet they did not ˹even˺ observe it strictly. So We rewarded those of them who were faithful. But most of them are rebellious.” (Q.57:27)

Due to extreme piety and desire to worship Allāh without any interference, some of the noble Companions of the Prophet also mooted the idea of practicing celibacy. Al-Bukhārī reports from Sa’d bn Abī Waqqās who said, “The Messenger of Allāh denied permission to ‘Uthmān bn Maz’ūn to practice celibacy. Had he granted him permission, we would have had ourselves castrated.” This shows how disciplined the Sahābah were in satisfying their natural instincts for sex. They were never over-indulged in it.

On the other hand, we find some people going extra miles in trying to satisfy their canal desires to the extent that they commit heinous crimes in the process. Zinā- both fornication and adultery- is the cheapest and most insignificant sin in society today, no thanks to the unbridled desire to satisfy canal urge at all cost. To curb this social vice and menace, the Sharī’ah not only advocate marriage -monogamy and polygyny- but also prescribed very stiff punishment against offenders.

Given their penchant and proclivity for evil, the Kuffār in the West have gone overboard with sex to the extent of legalizing same sex marriage- gay and lesbianism- a crime for which an entire generation of mankind (people of Lūt) was destroyed. As if that was not enough, they also permitted bestiality (sex with animals) in some circumstances (especially for US soldiers fighting in wars) as well as incest and anal sex (so long as it’s consensual). Furthermore, they created strip clubs, nude villages and also produce sex videos aka ‘blue films’ and music videos, all to dominate and overwhelm the mind of the average mind with sensual feelings.

Today, hardly can one tune in to any radio station to listen to news or other beneficial programmes without being subjected to listening to obnoxious musical lyrics and sex arousing beats. The television is even worse, still. A simple advert for bathing/washing soap or cream or toothpaste comes with videos and pictures of women bathing/washing/creaming/brushing naked. For what? The movies are even worst. It is as if without sex scenes, movies will not appeal to the minds of the viewers. All of these happen right under our noses.

Now, this brings us to our main gist…

One of the most lucrative businesses today in Nigeria is aphrodisiacs. Here in the Southwest, the traditional herbs and shrubs used in curing sexual deficiencies come with different funny and obnoxious names. Initially, we were used to hearing things like “opa eyin” and “alé”, but lately, we now see inscriptions like, “babeje” (destroy the place), “fapataya” (tear the panties), “ponkiriyon” (whatever that means), et cetera. In the north, we hear of some things called “kayan mata” (women stuff) which have now become essential commodities for all our women.

As far as Islām is concerned, using medication is allowed to seek better health, within the lawful means prescribed by the Sharī’ah. The Messenger of Allāh said, “Verily, Allāh sent down the disease and the cure, and for every disease he made a cure. Seek treatment, but do not seek treatment by the unlawful.” (Sunan Abī Dāwūd 3874). By this, it could be said that using aphrodisiacs will be permissible with the following conditions:

* Its ingredients are from the permissible things (herbs, shrubs, roots, et cetera). It must not include human or organs of animals that are Harām for consumption.

* It must not be consumed with alcohol or other intoxicants

* It must not include sihr (magic). It is observed that many of the so-called Kayan mata that are advertised on Social Media are nothing but pure black magic. In fact, some are in form of padlocks and have incantations to put the men under spell.

* It must not involve shirk (polytheism)

* They must not be used to commit illicit sexual affairs

On a final note, it’s important to know that inasmuch as Islām permits the use of sex enhancers that satisfy the above conditions, it is detestable to be over-indulged in using them to the point that one becomes too inclined to having sex all the time. Doing so will likely drive one crazy to the extent that he becomes unsatisfied with sex all the time; would value sex more than other beneficial acts of ‘ibādah; would suffer monumental drop in faith; and may likely fall into Zinā. One should not allow the obsession for sex drive him nuts.

What then would be the difference between man and animal? 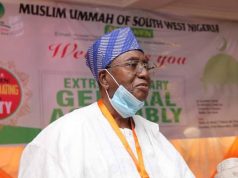 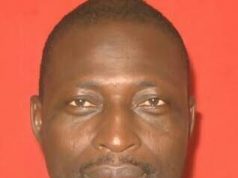 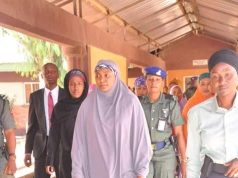