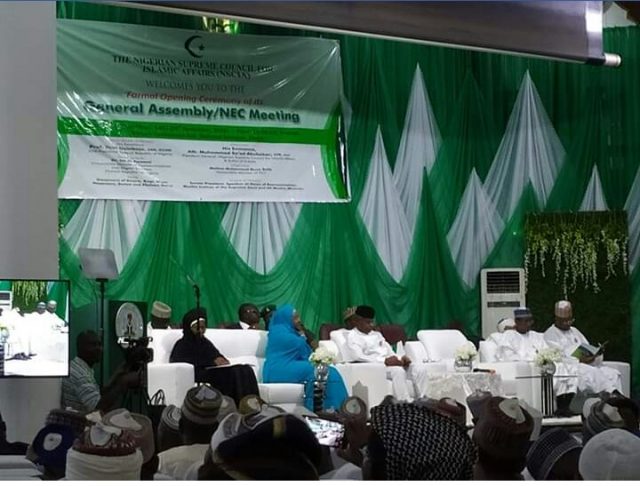 Vice President Yemi Osinbajo has commended the Nigerian Supreme Council for Islamic Affairs(NSCIA) for promoting interfaith peace, harmony and tolerance.
Osinbajo gave this commendation on Friday while declaring open a three-day General Assembly/National Executive Meeting (NEC) meeting of NSCIA at the Central Mosque, Abuja.
He said the council not only promoted solidarity among Nigerians but it also served as an important intermediary between government and Muslim community and between Muslims and persons of other faith.
“As the highest decision making body of the council, I offer to you this morning both a commendation and a challenge.
“First, the commendation to you for the great leadership you have shown in galvanising the Muslim community in Nigeria despite the denominational differences but for the making the council a vehicle for the promotion of interfaith peace and religious tolerance in Nigeria.
“But the challenge that I pose stems from the theme of this meeting;  permit me to put the topic in context so that we do not miss the essence of this topic.
“ So, I will cast the theme to read as follows–The Role of Islam in the Development of a Multi-religious and Multi-ethnic Nation.’’
Osinbajo said that decades ago,  it  would not have been a major topic as leaders in the first republic did not consider religious intolerance as a major national issue.
“They were more concerned about issues that touch development regardless of religion or ethnicity.
“All leaders and this is my challenge to you today need to learn from the deeply profound actions of the chief Imam and the Good Samaritan, ‘’ he said.
The vice president then cited the courage of Imam Abubakar Abdullahi, who saved the lives of the over 200 Christians in his Mosque during the June 2018 clashes in the Plateau  state and the Biblical story of the  Good Samaritan.
He said both the Imam and the Good Samaritan typified what leaders should be–ready for selfless sacrifice.
He said that Nigerian Constitution spelt out the equality of all Nigerians regardless of ethnicity, religion or status.
According to him, the Constitution speaks of the imperatives of all individuals and governments to respect the lives and dignity of every Nigerian. 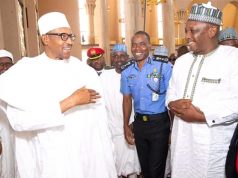 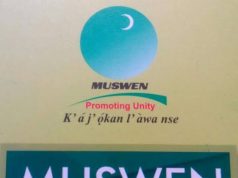 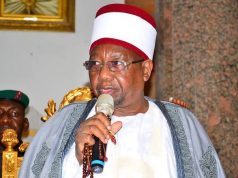