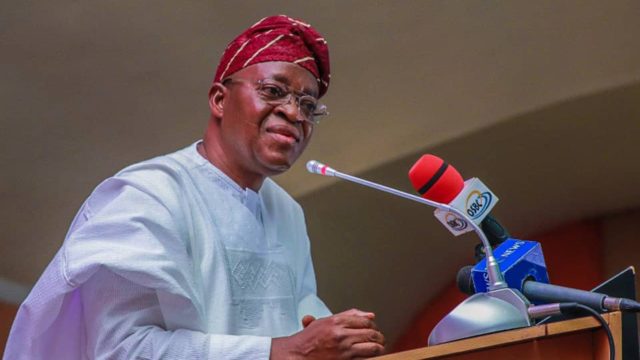 Osun State Governor, Adegboyega Oyetola, has said the only way to liberate the people from ignorance and build a viable and productive society is through qualitative education.

He stated this on Friday, at the combined 10th and 11th Convocation Ceremony of the Fountain University, Osogbo.

The Governor, who was represented by his Deputy, Benedict Alabi, further described education as a problem-solver and critical factor in the quest for development and sustainable growth.

Governor Oyetola, also inaugurated the College of Law Building at the institution during the Convocation Ceremony, as he commended the University for the delivery of qualitative education and pursuit of impactful research through functional town and gown partnership.

According to him, in an era defined by disturbing moral decadence, Fountain University, occupies a vantage position to become an exemplar in the provision of valued-based functional education.

The Governor, therefore, enjoined the citadel to redouble its efforts in becoming more relevant to the society by setting the pace as an active producer of knowledge and ideas for speedy development.

While congratulating the school on the remarkable achievements recorded so far in the last 10 years, Mr Oyetola called on the graduands to uphold the good name that is being carefully built by University.

He equally advised them to realise that the society expects of them to become dependable change agents by creating values and making the society better in its totality.

Oyetola further stated, “I am most delighted to join you distinguished guests and this University community to celebrate this unique occasion of the combined 10th and 11th convocation of the Fountain University.

“This, no doubt, is an event that is truly deserving of celebration, considering the age and achievements of this citadel of learning.

“I recall that, just like yesterday, this University kicked off with high hopes. It is truly gratifying to see that in just 10 years, those hopes, enabled by the very laudable objectives that inspired its establishment, have not been dashed in any way, but have largely found expression in very highly impressive forms.

“As a State, we are truly delighted to be associated with the success story of this citadel of excellence that is now notably characterised by the delivery of qualitative education, pursuit of impactful research and focused pursuit of societal development through functional town and gown partnership”.

In their separate remarks, the Pro Chancellor and Chairman of the Governing Council of the University, Vice Admiral Jubrila Ayinla (rtd) and the University’s Vice Chancellor, Prof. Amidu Sanni, said the ravaging COVID-19 pandemic prevented the School from holding a physical convocation ceremony for almost two years.

They, however, stressed that despite the outbreak of the virus, and its attendant socioeconomic challenges, the University still recorded some notable achievements during the period due to the untiring and concerted efforts of its stakeholders.

They both appreciated Governor Oyetola for what they termed continuous support and assistance giving to the University at all times.

The Vice-Chancellor earlier remarked, ”For this combined Convocation ceremony, a total of 549 graduating students will be conferred with first degree in various academic disciplines. This made up of 270 students for the 2019/2020 academic session and 279 for the 2020/2021 academic session” 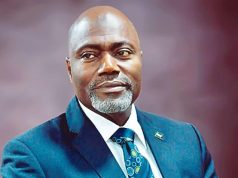 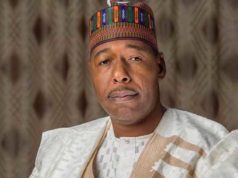 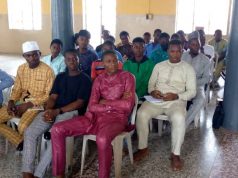