THE discussions around the conduct of the Post-Unified Tertiary Matriculation Examination test within the university admission structure had brought to the fore again how controversial, many policy prescriptions and implementation can be in Nigeria. There have been several conflicting information on the process and procedure for admission into universities for the next session. Unfortunately, most of the issues raised appeared to be based on emotions, whims and caprices of the discussants. When emotions underlie policy prescriptions and actions, then the probability of wrong judgment becomes inevitable. It is my belief that unless we discuss the real issues facing the universities’ admission, it will become difficult to solve the problem.

The real issue is identifying the appropriate method of giving admission to only 17 per cent of those who apply into the university every year, and making sure that only the best 17 per cent are admitted while taking into consideration Education Less Disadvantaged States and the Catchment areas of respective universities. Although there have been arguments for and against whether universities should conduct Post-UTME test or not, my position is that any process that will ensure sustainability of any system must be in line with the laws of the country as well as evidences put forward from results of rigorous research.

Starting with the mandate of JAMB, I do not think that the mandate of the exam body as stated in Decree No. 2 of 1978 (amended by Decree No. 33 of 1989) has prevented universities from conducting Post-JAMB test. In fact, my own reading of the decree and especially Section C(ii) is that each university should have approved guid

elines for admission formalities, in addition to the examination conducted by JAMB and these are mutually exclusive. The decree states that JAMB cannot place any candidate without these approved guidelines. According to the decree, the competent authority to set admission guidelines for a university is the Proprietor of the university or the Competent Authority of that university. In the case of the federal and state universities, the competent authority is the Senate of the respective universities. This is clearly stated in the various University Acts that set up the respective universities. The implication is that for a federal university, JAMB must in addition to its UTME grade, take into account the guidelines set by the university before candidates can be given admission. Although Section C(iv) states that JAMB should also consider other matters as the Board may be directed by the minister to consider or the Board itself may consider appropriate in the circumstances. The implication is that it should be other matters in addition to the earlier three provisions in Section C(i) – C(iii). I do not think that the actions of the minister should set aside Section C(ii) or any of the earlier sections. Although I am not a lawyer, my layman’s reading of the decree suggests that the universities must have guidelines approved by its proprietor and competent authority without which JAMB cannot place any candidate on admission. The Minister or Board of JAMB can then add other things but should not nullify the preceding sections of the decree. Therefore, it is the Senate of the respective universities that must provide the guidelines. Neither JAMB nor the minister can cancel the Post-UTME test if it is a guideline set by the competent authority of the universities.

Concerning research evidence to drive policy, it is important to understand why Post-UTME test became a necessity in the first instance. In the University of Ibadan that I am aware of, Post-UTME screening was a policy prescription that came out of a careful and diligent academic research that was conducted into the reasons why first year students in the university were performing badly. The result of the research indicated that there was no connection between UTME results and students’ performance in their first year. In fact, the study found, at the time, that there was a significant relationship between West African School Certificate Examination results and student performance and not JAMB and student performance. WASSCE results could predict performances of students in the University better than the UTME results. The response of the University of Ibadan was to design a point-based system that included a combination of O’ Level results and UTME grades. The point system was used to select those to be invited for Post-UTME interaction. This, I believe, was in line with Section C(ii) of JAMB Decree as the guidelines were set by the Senate of the university which was the competent authority to do so.

The point-based system worked well for some time. However, after about five years of implementation, it was found out also, through another research finding, that WASSCE results had stopped being a good predictor of student performance. The condition prevalent then was that many students started presenting high grades in O’Level results which they cannot defend. Further, the oral interview was found to be crowded by value judgments, errors and biases which made it difficult to admit the best candidates. The University Senate therefore amended the guidelines to implement an examination system (written test) that would adequately predict students’ performance. It should be noted that the process was to ensure quality of input and students in the university. This system appears to be working well as the candidates admitted on that basis were found to be of good quality.

Two arguments have been advanced against the Post-UTME test. First is that candidates should not be made to pay twice for a single admission process and that many universities are making money out of the process. My thinking is that the solution to that is to identify the actual cost of administration of the examination, add it to the cost of application forms sold by JAMB. JAMB can thereafter remit the approved amount to each university when sending the grades of the applicants to the different universities. Definitely, there are costs to be incurred in Post-UTME test/screening and someone has to pay for it. There is no free lunch.

The second argument has to do with why candidates sit for many tests and not just one JAMB test, in order to get admitted. The big issue here is excess demand for the limited spaces in the universities. We are aware that the total admission capacity of all Nigerian universities, based on quota given to different universities by NUC/JAMB, is between 300,000 and 400,000. Yet every year, more than 1.5 million candidates purchase JAMB application form. This means that since the very first day of examination, we know that more than one million candidates who sat for the UTME examination will not be admitted. In addition, in the recent past, about 700,000 – 800,000 always scored above 180 which is JAMB cut-off. The implication is that from the very first day that JAMB fixes cut-off mark to be 180, it is aware that more than half a million candidates who scored above the cut-off mark will not be admitted, given this admission quota set by JAMB. This definitely calls for rigorous research on what should be done to accommodate these persons who are potential human capital for the country. Selecting 300,000 candidates out of 800,000 means that more ingenuity is needed to be able to identify the very best. This is beyond UTME grades and oral interview as found from research evidences at the University of Ibadan. When many people scramble for a few places, one test will not bring out the best materials. Even when private sector organisations want to employ staff, the applicants may have to take more than one test. They start from aptitude tests, to detailed written tests, oral interviews etc.  This is a standard procedure of selecting quality candidates. JAMB is necessary only as a first-line screening organisation to reduce the number of applicants to the universities into a manageable number. Thereafter, universities can screen for the best candidates based on guidelines set by competent authorities in the respective universities.

I believe that if there are problems with the current admission system, then those in authorities should support a rigorous research that will show where the problem lies, and advance evidence-based policies to solve the problem. The big issue of sustainability of universities goes beyond Post-UTME test, and this is where policymakers should address. The institution of post-UTME test in Ibadan was a result of evidence-based research. It is therefore strange that this will be replaced with policies arising from mere insinuations, whims and caprices. The proposition of point-based criterion will not solve the problem. Evidence from the University of Ibadan implementation of the point-based system indicated that it failed in the university. The procedure only puts pressure on WAEC and NECO and breeds corruption and the desperation to forge O’Level examination results as well as corrupt the officials in charge of O’Level results in order to get high grades.

Olaniyan, a Professor of Economics and Director, University of Ibadan Centre for Sustainable Development, wrote in via Lanreolaniyan@yahoo.co.uk

Blasphemy And Killing In Islam: (Killing of Deborah in Sokoto as a case study) 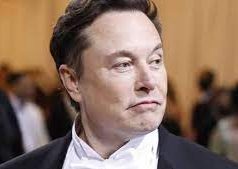 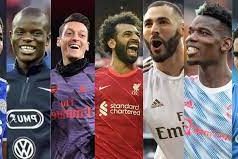