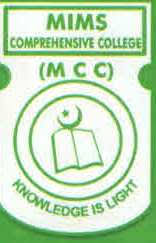 MIMS Educational Services on Friday 11th of June, 2021 carried on its idea of “one-day HMs”.

The annual event of ‘a-day’ Headmaster, Assistant-Headmaster and Head of Departments (HODs) from each annex was marked via arrays of activities.
MIMS is an International Educational Consultant that runs MIMS Nursery and Primary Schools, Shomolu, Surulere. An-Nur Nursery and Primary School, Bariga, as well as MIMS Comprehensive College, Shomolu and Epe, Lagos State are the other educational institutions under the auspices of MIMS Educational Services.
Excellent students from the three Nursery and Primary schools under MIMS clinched the ticket of ‘One-day HM’ thanks to their superlative academic performances across the group of schools.
Traditionally, the seat is usually reserved for the best across board, but the 2021 edition was in a different class.
The year revealed Master Abdulfatai Abdulwahab of MIMS Nursery and Primary school, Shomolu, who won the prestigious golden cup of Education, Training and Research (ETR) Consultant Annual written examination competition held in March 2021 in Lagos. The success story gave him the distinguished recognition of ‘One-day HM’ in the establishment. Master Ridwan Salami was also honoured with the post of ‘one-day Assistant HM’ for his brilliant performance at the examination, where he clinched the Silver ETR cup.

Similarly, one of the pupils, Abdur Raheem Muhammad of MIMS Nursery and Primary School, Surulere, emerged victorious with a 100% score in Mathematics, coupled with an aggregate score of 97% in the League of Muslim School Proprietors (LEAMSP) Annual national written examination, to win a ‘One-day HM’ slot for his school.
Buthaina Sherifdeen, from An-Nur Nursery and Primary School, shone in a Quiz Competition of LEAMSP, Shomolu Zone, held on Wednesday 9th June 2021. She defeated 24 young students from other schools to emerge the champion of the competition. She equally won a one-day HM slot through her brilliant performance.
Some of the activities of the one-day HM included an address to the actual HM of the three schools, an address to fellow students on the assembly ground, and visitation to classes, and the school’s special rooms.

Akintunde Haroon of Bajulaiye annex, the Parents Teachers Associations (PTA) Chairman of all annexes; Keshiro of An-Nur annex and  Alhaji Adekambi Tajudeen of Surulere annex were also around to honour these champions on the day. Mrs Dhikrullai and Mr. Jogunomi, the Vice-Chairman and Social Secretary respectively of MIMS Shomolu annex were not left out.
The occasion also witnessed a courtesy call to MIMS Comprehensive College, Shomolu, the Secondary section of the institution, where the pupils interacted with the principal and laid out their achievements to the old students of their various annexes in the college.
Mrs Isu M.F, the Principal of the college advised them to keep the academic flag flying high, as there are still more hurdles to cross when they get to secondary school.
The highlight of the day was at the MIMS Board of Directors’ office where the students were warmly received by the Board Chairman, Prince AbdulMujeeb Adesegun Ogungbayi; the board Secretary and Director of Academics, Taiwo Lukmon Sheu; and the Director of Administration and Finance, Afenifere Ismail Akanbi.
They presented various awards to the Board Chairman while the Director of Academics introduced the students. Advice were given by Akanbi as Prince Ogungbayi delivered his speech.
Prince Ogungbayi in his speech appraised the students’ performance, encouraged them to uphold moral uprightness, and advised them to keep up the positive spirit in all they do. These traits he says will lead them to become world-class personalities.
Prince Ogungbayi made it known that the special events and academics celebration coincided with the silver jubilee of MIMS Schools.
The real HMs of the day, Messrs Jimoh Lukmon of Shomolu annex and Adegboro Abubakr of Surulere annex; and Mrs. Akintunde K. of An-Nur annex were also present. The trio asked God for the pupils’ progress in life.
The students received gift items from Prince Ogungbayi, took photographs, and had lunchtime with the management of MIMS Educational Services.
The outstanding pupils saluted Prince Ogungbayi for his role in grooming them, and wish him prosperity. They equally congratulated the Proprietor of the establishment, Professor Ismail Ayorinde Adelopo “for his vision”. 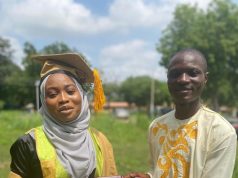 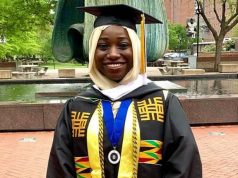 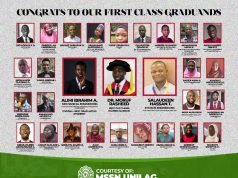