Islamic work in the late eighties and early nineties was blessed with resourceful and selfless workers through MSSN in Nigeria.

The then youths deployed all they have to protection of Islam from erosion due to conversion of elite Muslims using Western education, so the youths devoted their energy to intellectual development which was deployed to propagation of Islamic values and ethos beyond Mosques.

At that time, a number of dawah vanguard’s were given birth to in various institutions of higher learning throughout Nigeria, this is the class Bro Saheed Salaudeen belong. Dawah work beyond campus borders was carried to towns through outreach programs like village/rural dawah, dawah to the east, dawah to the markets and open air dawah.

Islamic worker’s were in abundance with a lot of fresh graduates beaming and burning glowingly with ideas to advance the frontier of Islamic values in the larger society.

Bro Saheed Salaudeen was amongst the frontier forces, we used to know the class of frontier forces then from their selfless service at Islamic Vacation Courses as officials or members of executives responsible for administration of the society at various strata. Bro Saheed rose to become Asset Maintenance Officer of the Zone during the period.

Then came the crisis caused by internal and external factors which eventually kill the steam. The united team gets scattered and everybody become individuals or disunited mushroom groups. It was painted at onset as ideological differences but in reality it is leadership struggle for the Zonal leadership between 1990 and 1994.

Dawah suffered greatly loosing many of its fine workers to sit down look or local champion in one mushroom. Most of Islamic work today that requires united forces became orphan while we are alive complaining of self inflicted helplessness.

When I heard of Bro Saheed Salaudeen demise last week, the first question that came to my mind is hopefully he remained in dawah field. If that is about him, what could we say of his wife and children. I learnt he was a Director in teaching service commission and doing some dawah work in his territory, I am happy that his case is not total loss but do we have ways of tracking dawah workers. It’s unfortunate that we usually leave ourselves to vagaries of life while our adversaries were really monitoring us.

This is a clarion call, our fathers says “Iku ton pa ojugba eni owe nla lon paa funni”. Where are you on the field, where are your children, where are your wives and where are the values you once fought for in your working or living environment.

May Allah forgive our brother and admit him to Paradise. May Allah rectify our affairs and make our last deeds better than the previous ones. 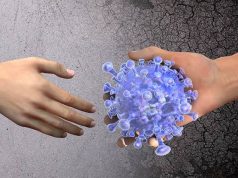 The Corona Pandemic: What a Blessing! 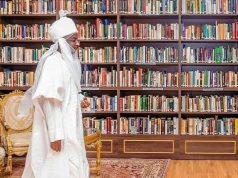 Sanusi’s Books: Weep Not The King! 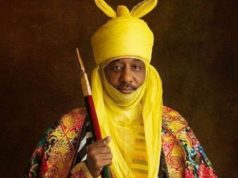