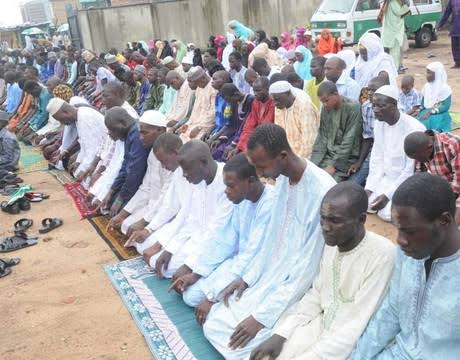 In Africa, Nigeria is considered as the giant but today, Nigeria is a cash cow. It is good to know the origin, status and basis of things in the past before now that things are falling flat. Unfortunately, Nigeria has banned history from her education. What a policy somersault!

Geographically, Nigeria is divided into North and South. The South is also into further delineated along ethnic lines. Ijaw people are found in South South, Ibo people in South East and Yoruba people in South West. However, the Yoruba people in the South West had contacted and accepted Islamic religion more than 1000 years ago. It is indeed a beauty to behold looking at the good old days.

It is heart-breaking today to see the same Islamic religion being dragged and denied as non-existent in that same community by wailers and some religion pontiffs. Looking at the poor representation of Islam within the corridor of power, or you want to talk about the low grade level Muslims or the hostility strategies mounted on the Muslim faithfuls in the region. Our large number of women in hijab and Niqob (veils) are being humiliated. Our religious scholars are called stark illiterates. Our language of worship, Arabic now belongs to the poor. We are told told to our face that English is the only language of opportunity.

For a balance understanding, it is appositive to situate the perspective about the status of Islam and Muslims in the pre-colonial era (before 1840s) and the post-colonial time. Effort shall be made to cover the pre-colonial period here. One event led to another until this sorry state. We can not afford to continue on this dangerous slide into extinction. The conspiracy against Islam and Muslims in South West here is too legendary to the extent that we are busy fighting for identity and our rights every now and then today. We are branded black market in the society.

In fairness, our society is
terribly deformed. We need holistic restructuring. We cannot afford to push historical lessons down the drain and expect to move straight into a decent future. Today is a reflection of yesterday. From all indications, we have lost track as a people and as a nation. I agree there should be a roundtable negotiation to take Yoruba land and indeed Nigeria out from this current state of anomie. We are all victims of failed system.

By design, some animals are more important than the other and there is always the rule of might over right in the affairs of man. In the jungle, there is no right at all. When the elephant is stoking the ground from behind, no one needs to tell a lesser animal about the looming danger. It is always a show of brute. Such crude style actually characterizes our daily life today. In politics, religion and our social engagements.

We all are waiting patiently for our turn to enjoy the share of the booty. By far, one conundrum that usually bugs my mind is that what is the business of christians in the affairs of Muslims in this South West? Whenever we ask for the right to practice our religion, they always stand up to say NO. Hijab saga. Sharia court agitation and lots other deprivations.

In case some of us don’t know, Islam came to Yorubaland in the 11th century and spread widely among the people of old Oyo-empire during the reign of a super emperor in Mali called “Mansa Musa” in the 14th century. The religion was taught by the Songhai Muslim scholars by virtue of trans-Saharan trade. This is why the religion is named “Esin Imole” by the Oyo natives, which means religion brought by the Malians.

Another important contact is through the North in the 19th century during Uthman Dan Fodio jihad in 1804 when Ilorin (a town formerly under Oyo empire) was brought under Sokoto caliphate as a fall-out of Afonja misfortune. Subsequently, the Ilorin army attempted to invade Yorubaland with the message of Islam but was prevented at Osogbo in 1838 by the Ibadan warriors under the command of Balogun Oderinho.

This defeat made them to change their style and from then on Islamic clerics from Ilorin began to settle down in various part of Yorubaland to preach about Islam. Succinctly, those are the two directional contacts backed by archives. It is instructive to state that the name “Yoruba” has been a cesspool of controversy in many quarters.

Some alleged Fulani people gave us the name. Some claimed the lexicon (Yoruba) has no root or meaning in our language vault. Others went ahead to campaign for replacing the name “Yoruba” with Ife people, Omoluabi, Anago, Aku people ad infinitum. The main trouble is that Yoruba means “an unreliable, cunning and shady person.” Although, beyond the pragmatics and etymology of it, the name has been accepted and adopted officially and customarily by generations. Who conferred a shady title on us? How do we accept to be called a cunning people? Where exactly is the word from?

Fact is always sacred and fresh. One thing to know is that since inception “Yoruba” was used exclusively to refer to people of old Oyo empire. There were other sub-cultural groups within the region with their different name amongst other; Egba people, Ibadan people, Oke-Ogun people, Ife people, Ijesha people, Ekiti people and so on. The word “Yoruba” is found in the language of Baatonu people of borgu kingdom who are known today as “Ibariba, Barba or Baruba people.” They are neighbouring tribe of the old Oyo empire up-north and majority of them live in present day Benin republic. They called their neighbouring Oyo-Ile people as “Yoruba.”

Further, the Songhai Muslims clerics from Mali brought Islam to the Borgu Kingdom and got to know Oyo-Ile people as Yoruba through the dialect of the Baatonu people. Consequent upon this, a Songhai Muslim scholar called “Ahmad Baba Timbuktu” wrote a treatise (essay) in 1613 wherein he called the Oyo-Ile people as “Yariba.” The treatise was written in Arabic and there is no “o” sound in Arabic language. This was the first time the name appeared in writing.

Over 200 years down the line, Sheikh Uthman Dan Fodio, a native of Gobir, wrote a treatise titled; “Bayan Wajub Al-Hijra, Ala l-ibad” in 1806 refuting some claims contained in Ahmad Baba treatise and he referenced the use of the word “Yariba”. In the same vein, Uthman Dan Fodio son, named Muhammad Bello also used the word “Yariba” in his essay “Infaq-al-Mansur,” in 1813 responding to Ahmad Baba’s treatise. Yariba is also called Yoruba. The simple drift is that, the name emanated from Baatonu people, picked and used by Songhai and Fulani people. To better proof that Yoruba was only used to mean Oyo people then, in 1859, the first Nigerian modern newspaper in Abeokuta was called “Iwe Irohin Egba ati Yoruba,” (newspaper of Egba and Yoruba).

But spirited efforts were made by returnee slaves of Yoruba descent from abroad and other well-meaning personalities to extend the use of Yoruba as a general name for the whole region in the 19th century. The works of Clapperton, an European traveler and Samuel Johnson is worth mentioning. More importantly, the efforts of two returnee slaves from Sierra Leone named John Raban in his 1832 book and Samuel Ajayi Crowther with his 1843 popular book titled; “vocabulary of the Yoruba language.” They are both Reverend gentlemen. Equally, Chief Obafemi Awolowo’s Action Group also did so much to support the campaign in 1940s. This is how we got to be called a name that has no trace or meaning in our language.

Pundits should know that the religion of Islam is traditional in the land. The first history of Yorubaland was documented in Arabic. Sharia courts were well established in many Yorubaland long before the invasion of European explorers into the “Kaaro Ojire land.” We have had mosque in the land as far back as 1550 at Oyo-Ile. Islam had dominated towns and cities centuries ago. For instance, the religion has been around in Iwo since 1655, Iseyin in 1760, Saki in 1790, Osogbo in 1889, Abeokuta, Ijebu-Ode, Ikirun, Ibadan, Ede and others before 1804.

In fact, Lagos had a mosque in 1774. Many Yoruba traditions like polygamous, naming ceremony, festivals were influenced by Islamic culture. The centuries old “Ojude-Oba festival” in Ijebu-Ode was made made popular when the great warrior, Balogun Kuku became Muslim and was re-named Muhammad Bello Kuku. It is celebrated a day after “Ileya festival” annually at the palace.

The culture of building central mosque side by side of the Palace across the land could be traced to the Ibadan Generalissimo, Aare Latoosa, the first Muslim Oba in Ibadan during the reign of Iba Oluyole. Since then, the practice is still the trend today. This is the flourishing status of Islam and Muslims in the past. The question of Islamic identity was never a problem. Muslims were masters in their domain. Many Arabic words were directly imported into the Yoruba lexicon and used for daily communication. For instance, “Alaafia, Alubarika, anfaani and numerous others.

As a matter of fact, Oba Habeeb Olagunju of Ede appointed a Mallam called Sidiq as court secretary to take court proceedings in Arabic language. Unfortunately, due to the incursion of the colonial masters and the Christian missionaries to the land in 1842, the table started turning south and the Islamic judicial system (Sharia) that has long been in operation in Iwo, Ikirun, Ijebu-Ode, Ibadan, Ede, Epe and many places was abolished and surreptitiously replaced with the British common law. Even in North, the Islamic state or Sokoto Caliphate was brought to cease and partitioned in 1903.

The colonialists came as a businessmen and missionaries. It should be stated that the Portuguese had first attempted to preach Christianity in the region in the 15th century but was not successful. The American and British missionaries then came down in the 1840s. In South West here, the first American missionary to enter the region is “T.J. Bowen” in 1849, a Baptist member. It is in his honour that the Bowen University in Iwo owned by Baptist Church was named after him today. In the North, not until 1905 that “Dr Miller” was able to make an in-road to start Christian evangelism in Zaria. This is where the struggle for Identity and survival of Muslims officially and openly began in South West.

Actually, what the British and American missionaries did then to attract the people was to start advocating for eradication of slave trade and provision of hospital, schools and other basic amenities. Low and behold, the coming of colonial masters with the gospel has painstakingly whittled down the influence of Islam in the South West and in most cases, uprooted the relics of Islamic culture in many cities and towns in Yorubaland.

The era of colonial administration and the post independence leaders have continued to ruthlessly and innovatively stamping out Islam and Muslims in Yorubaland. Though, it’s a modern miracle that Islam is still standing tall in South West despite the aggressive “Nigeria for Christ” campaign that started in 1900 and ended in the year 2000 with a sigh. With that, the trouble didn’t end there, the trouble continues with modifications. Now, media, power, job and opportunities are the new tools of trade to wipe out Islam and Muslims in the South West. 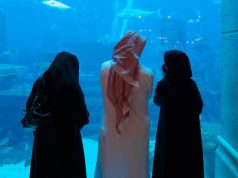 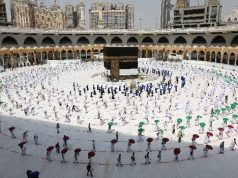