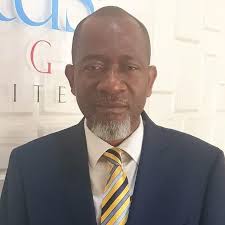 I wrote this article 17 months ago – precisely on March 21, 2020. The publication of it was meant to coincide with the graduation ceremonies of the 2018/2019 set of the University. As it happened, the clash of personalities at the highly-regarded institution (the like of which we had never before known) truncated the scheduled ceremonies.

The graduation ceremonies are finally taking place this week – making it appropriate for this article to be finally published.

On Saturday, 7th March, 2020, I had the honour of addressing the 30 young members of Muslim Students Society of Nigeria (MSSN) UNILAG who had made First Class Honours in their respective courses. The title of the talk as coined by the students themselves was “Between Furthering (your studies) and taking up Employment: the Dilemma of a First Class Graduate”.

It was the simplest topic I had ever addressed as I only needed to share my direct experiences with them as a young man who 34 years earlier was in that exact situation as a First Class graduate of the same University. And what a dilemma it was!

The then Nigerian International Bank (NIB) had offered immediate employment to 100 per cent of us who graduated with a first class that year. At the same time, UNILAG had offered all of us scholarships to pursue our Masters and possibly beyond. Commonwealth Scholarship was also beckoning for some of us. We were quite literally free to choose whatever we wanted. What a dilemma for young boys and girls in their early 20s! Yours sincerely was 23 years’ old then.

I went into the archives (do you guys keep important documents at all?) and came across my graduation materials. So, today – perhaps for the first time anywhere on social media – I share with you the list of all 18 of us who made a First at UNILAG in my set – 1986. This is a collector’s item.

POLITICAL SCIENCE
1. Nojeem JIMOH (Yours truly)
2. Olushola GBENLE (My friend and classmate, simply known as Shola). Shola and I were the first two students ever to make a First in Political Science at UNILAG. A record for all times.

ECONOMICS
3. Ignatius UKPAKA (my roommate at Baluba Kingdom, Mariere Hall, Room U117). Ignatius is simply known as IG.
4. Kamoru GBADAMOSI (my Muslim brother and friend of blessed memory, only ever known as Tola).

ACTURIAL SCIENCE
5. Godson ECHEJILE (My friend by virtue of his friendship with IG, my roommate)

A FEW INTRIGUING FACTS ABOUT US

Gbenle and I were the first ever first class in Political Science in the history of UNILAG. This is a record which no one can take from us. To Allah be the praise.

IG Ukpaka and I were paired together in our final year at Mariere Hall. As I do not know of any other two final year students before us who stayed in the same room, with both making a first class in the same year (Economics and Political Science, respectively), I am also claiming this UNILAG record on our behalfs.

IG and I have been joined at the hips ever since fate brought us together in that room in 1985 – so much so that we worked in the same office in Ikoyi for 10 years between 2010 and 2020. IG (a Christian from Niger Delta) was chairman while I (a Muslim from Yoruba land) was his number 2. This was the Nigeria that we knew.

Shola Gbenle (my classmate with whom I made a first class) and I both live in Lagos and share banters on Facebook, but have never set eyes on each other from the day we left UNILAG over three decades ago. For two pace setters who are actually in touch on Facebook, this must be a record too.

Our graduation in January 1987 coincided with the 25th anniversary of the establishment of UNILAG and, to the best of my knowledge, in spite of the best effort of the University, no one in my set went the academic way.

Tola (Kamoru) Gbadamosi – who took up the banking option and worked in different banks – died (as CFO of Arik Air) five or six years ago and I was privileged to attend his janaazah. Have mercy on his soul, Yaa Allah.

My set was tagged “Austerity Jambite” during our matriculation and ultimately tagged “Second Tier Graduates” on our convocation. If you cannot decode the two tags, then you are very young. Do not worry.

Allow me seize the opportunity of this write-up to clear an intrigue about my person. To most people on social media, Nojeem Jimoh is an Imam. So much so that I have had admonitions from many quarters to concentrate on my missionary work and leave politics alone. But how can I?

With a first degree and master’s – both in Political Science – and both from UNILAG – I am like an Imam who’s also a lawyer or medical doctor. Should the lawyer Imam stop showing interest in legal matters just because he’s an Imam? Surely not. Same with the doctor Imam. So, when next you read those political posts from me, know that the one writing is the Political Scientist me. And each time you read the religious stuff, then it is the Imam me doing the writing.

And how ironic that the day job of this Political Scientist Imam is in Oil & Gas! It simply shows how little we know about ourselves on social media, even as we make up our minds that we know everything about the person. Many regard me as a Muslim scholar and full time Imam. You couldn’t be more wrong – both on the scholarship front and Imamship. We know our scholars when we see them.

So, to my friend on social media who has read this article to this point, you have read a collector’s item. You are not likely to come across the many unrelated facts weaved together as one write-up on this page.

Congratulations and thanks for your time 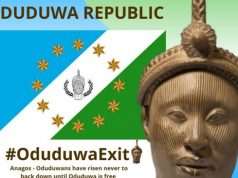 OODUA REPUBLIC: Why Yoruba Muslims Are Out Of The Agitation By Barr. Kola R. Ibrahim 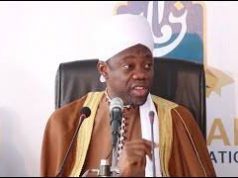 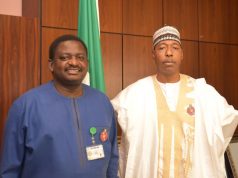 Where Did This Zulum Emerge From? By Femi Adesina