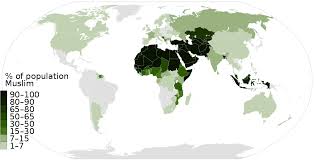 It is no hyperbole to proclaim this era as the worst for the Muslim world. Indeed, the events of the last few days are pointers to the fact that Muslims have finally betrayed their past. We are pawns in the hands of our enemies.

The United States had hit Iran by killing its most valuable warrior in the street of Baghdad. Iran had vowed a severe revenge in the wake of this widely reported attack. Hizbollah’s Nasrallah also threatened to respond at once.

Khamanein wept for his loss of Sulaimani and the world eagerly awaited his severe revenge. But Trump had bravely promised Tehran the worst of agony if she chose to revenge the murder. The funeral had left tens of Iranians stampeded to another round of painful death.

Iran finally did respond, but when it did, it only did like a toothless dog that had been barking to keep the neighborhood awake in vain. Khamanein had fired a whole 50 missiles and none of them hit the American target, not even a cook of the military base was injured.

Is that the ultimate consequence of your threat? Sulaimani has thus died in vain! What of the ever active Nasrallah? We’ve heard nothing close to a firework from Beirut. Mr. Trump has satirised the Iranian response: “…all is well…Iran appears to be standing down”.

Is Iran truly standing down? O’ Iran, are you really standing down, as alleged by Trump? You need not answer. I believe so, otherwise you wouldn’t have deliberately avoided rupturing those American souls in such an enormous attack!

Khamanein, Ruohani and Nasrallah shouldn’t be mere braggadocios in this platonic world of form. If a braggart had missed his target, he would try a relaunch , otherwise nobody would ever take him serious.

Trump has thus demystified Iran. Iran has also wasted my uncommon sympathy. This is the same Iran that my own country men in Zaria rely so much upon. As for me, the score of the game is 1 – 0. The Iranian missile is offside at the goal post.

In that turbulent state, the Iraqi parliament had voted overwhelmingly to expel the American troops from their territory, but all they got in return was a scary threat from Trump and they became silent for life. Look at the life of a Muslim state!

On a particular Day of E’eed, when the world slaughtered the Qurbaani, the Iraqi Muslims chose to slaughter their own lion for E’eed, to propitiate the devil and appease the white house demon. In the days of Saddaam, neither Iran, nor the US could have freely made Baghdad a relaxing center, not to have even mentioned a battle field.

With all the threats from Tehran, they failed to kill a single life of the Yankees for the wasted soul of Sulaimani; but in the stead of this, they had successfully wasted 176 lives of the innocent travellers in an Ukrainian bird leaving in peace.

Iran had unintentionally hit the plane with her missiles. This is another weakness of her strength. The enemies had confirmed the mistake, even while the Iranians had kept denying. This is the best technology flaunted by Muslims in the Persian Gulf – A big disgrace to the Muslim world!

Saudi Arabia and the United Arab Emirates are even worse; but I love the two countries for knowing their limit. They’re gladly subservient to the slave masters. What honour is left for Muslims in the present world? 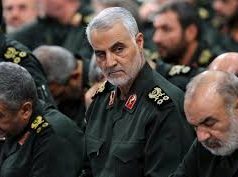 Iranian general killing: A bloodshed in the home of Islam 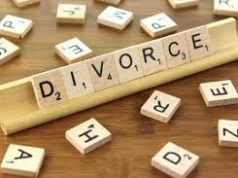 Married at 21, divorced at 23: the sad tale of Muslimah married to Ibadan-based ‘Alfa’