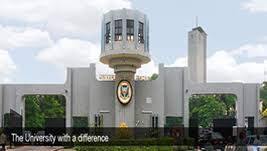 THE ON GOING HIJAB CRISIS AT THE INTERNATIONAL SCHOOL IBADAN (ISI) :

The MTTM would like to add its voice in condemning the flagrant infringement of the fundamental human rights of Nigerian Muslims in general , and those of the South West in particular , as well as the callous insensitivity to our feelings and our value systems by the Authorities of the International School , Ibadan (ISI) , in their persistence to prohibit Muslim Girls students from wearing their head scarfs (Hijab) to the classroom , in spite of a court order permitting that right .

The issue of head scarf for Muslim girls in public and private institutions in the South West of Nigeria has dragged on for too long .

It seems that some people in that region are hell bent on perpetually keeping the Muslims of that area under colonial bondage . Gone were the days when Muslims would be denied their right to Education until they conform to Christian or even secular values in personal matters such as mode of dress .

It is our candid opinion that the fault of this and similar discriminations against Muslims in the South West lies squarely with the Governors of the region who are always insensitive to the needs and wishes of their Muslim population who incidentally form the majority of the populace , and by extension the majority of voters in the region .

We therefore strongly call on the Oyo State Government to call the Authorities of International School to order by forcing them to obey court orders . 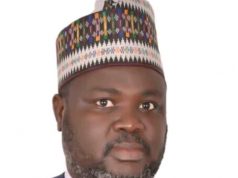 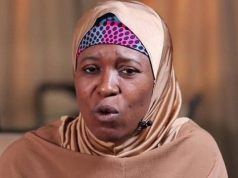 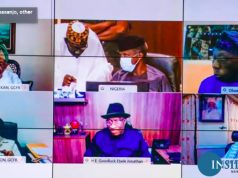 #EndSARS: Inside PMB’s Parley With Former Heads Of State