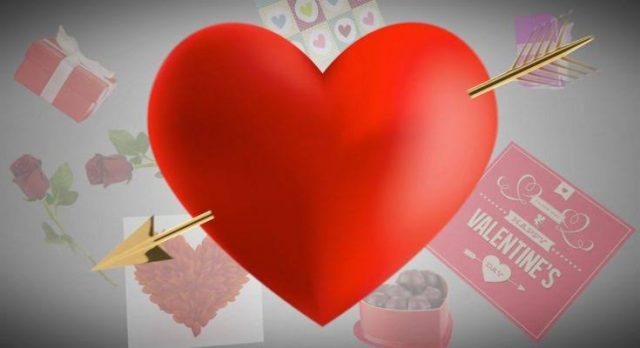 Our society has become sick. It is being treated with what exacerbates its condition. People never want to know the basis for what they do. The evil minded is declaring virtue as vice. One who tries to eschew indecency in all ramifications is declared wanted. Those that commit it with impunity are glorified. They argue that as long as both parties to sex outside marriage concur, it is nothing but socialization and satisfaction of natural cravings. Hence, permissiveness is promoted while any form of moral or ethical code is ruled against. The expression for illicit relationship is annually celebrated across the world in the name of Valentine. This was said to be a celebration of love. Valentine today is nothing but a promotion of promiscuity, exhibition of shamelessness and a celebration of street madness of love.

Islam is never against loving fellow men. Its context is that one must love Allah (SWT) and His Messenger. It is from this that every other love must spring. This love must be in obedience to the provisions of Islam. So, there is nothing like a specified day for sharing love. It is shared by the Believers every moment of their lives as they remember their fellow brothers and sisters and pray for them. Islam abhors promotion or support for any kind of evil.

Therefore, attempts to justify Valentine as a day or moment of sharing love or feelings of love is not acceptable in Islam. This is because love in Islam is for Allah and His Messenger. Hence, a Muslim only loves and hates for the sake of Allah (SWT). This so-called love being clamored at Valentines is nothing but infatuation, hypocrisy, fornication and adultery. It is a day declared by Shaytan to win people into hell. So, it is a falsity to explain it away that “if you can avoid fornication and the like, you can send cards to your brother or sister, Dad or Mum, friends and so on”! It is a blatant unjustifiable justification of an evil. Islam is never against giving or taking of gifts but it abhors its association with Valentine. The craze of giving cards, candy, flowers or any other form of gift; the intermingling, playing the so-called love in the streets – hugging, romancing and the like – are vehemently rejected by Islam.

The fact that it is a pagan practice having, shrouded in mystery, myths, licentiousness, immorality, faking, promiscuity, fornication and vivid un-Islamic practices is enough anevidence that a MUSLIM must never be a party to this so-called Valentine. He must not in any way regard it as a day of sharing love, he must not mark it with anything, and he must not buy or send or take any gift to mark the celebration. It is forbidden to participate in it in whatever form because it is a form of shirk. It is an ancient pagan celebration by the Romans to commemorate the death of Romulus, the Founder of Rome, who was said to have been suckled by a she-wolf for a day. So, they earmarked every mid-February to mark the event. A Muslim does not celebrate the birth of any mortal, not even the Prophets, how much more a mysterious, idolatrous person?

It is sinful to imitate the pagans or non- Muslims in their practices. The Prophet has in this wise said, “Whoever imitates a people has become one of them”. Thus, on the Last Day, if such people are sent to hell, the imitator will follow them. The name Valentine was said to refer to one of the Christian so-called martyr(s). He (or they) was thus given the title Saint by the Catholic Church. Participating in Valentine in any way is a form of intellectual subjectivity. This is so as there are a lot of myths and untrue stories revolving around it. Celebrating it therefore subjects one’s commonsense to falsehood, superstition, doubts and contradiction.

In Islam, love is not the same thing as sex. It is part of faith to love for your fellow brother what you love for yourself. Love is a key to paradise. In other words, if people do not love themselves for the sake of Allah, they will not enter paradise. Whoever wants to enjoy sex in addition to loving can only do so through an Islamic marriage. The failure of our homes and society in proper definition of love and sex has given birth to the scourge of prostitution, the so-called unwanted pregnancies and abortion. We now see uncultured women dating other men other than their husbands. The resultant effect is that many men are wrongly led to rear bastards as children. Prostitution has gained an unprecedented prominence. Our society has a lot of avenues where prostitutes are patronized. In the universities, the so-called ‘big men’ come around or send their acolytes to get them the ‘sweet ladies’ for the daily or weekend relaxation. It is easier to locate these whores in our major streets today as they pose to look for customers or be picked by a strange man to an unknown destination. Some of these ‘babes’ are cunningly smart as they deal with such men in different ways.

Marriage has become a bondage and fornication a lawful pastime. We now live in a world of free sex. An average modern youth has had several sexual experiences. The prelude to most marriages these days are pre-marital sex. This is further sustained with extra-marital relations by the husbands and sometimes by the wives. Any woman who is impregnated outside a legitimate wedlock is guilty of child abuse and violation of child’s right. She has wrongly carried a baby in her womb and has also denied it a legitimate birth. These days, abortion is on the increase. There are several reports of young babies found on dumping grounds. People are just callous and inhuman. Where lies the mercy of a human who kills an innocent baby.

The available knowledge which should have been used to protect life is used to waste life. Some of the medical personnel are culprits as some of them take the advantage to enrich themselves. They act against their conscience and the ethics of their profession. Besides, the modern society steals, buys and sells infants. The nurses lie that the baby is dead only to sell to the childless couples. Some purchase these babies only to criminally kill them to make charms or talisman. If there is true love, people will realize that they are from Allah and that they will one day return to Him. This will guide all their activities as individuals and groups.

[Friday Sermon] Please Let’s Use Our Jumu’ah (Friday) Pulpits To Pray For Our Country And It’s Leaders! 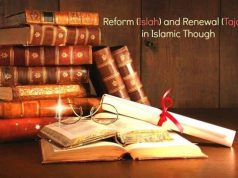 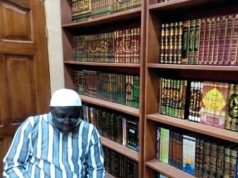 Why Do Christians Hate Muslims?