Every female beings aim to be a big girl, slay queen, slay mama. Meanwhile, characteristics that befit these titles are totally immoral and illicit, such as having boyfriend(s),  man friends, ‘maga’, and involving yourself in haram relationships and acts.

We are all cognizant of the fact that these are sinful acts but we still fall prey of shaytan’s directives in the name of being a slay queen and blah blah blah.

The most hideous part of this is that big girl, slay queen have been fixed under the misnomer that if you are not one, then you’re not an achiever. It then turns to be the priority of every students, especially those in secondary schools and tertiary institutions.

They lose focus in their studies and all they do is to whine on the break up that occurred to them and the latest clothes they just got. Irrelevant ideas is all that pops into their head.

They trap themselves in a delusional world of love and lust that turns break ups, resplendent clothes that will later fade away, fixing pricey nails and hairs.

These activities of the so called slay queens make me ponder on a question that says “Are these the activities that make you an achiever?” Surely the answer is NO, because each action that has been forbidden lead to loss and there is no loss in being an achiever.

It can be deduced from this verse above that it’s a crux to rejuvenate the veracity of being an achiever. We need to take a vicissitude from this ignoble misnomer of being a big girl and an achiever. The more we trail on the path of shaytan, the more we are surrounded by the torments of the hereafter.

Shaytan won’t be there to help us nor intercede on our behalf. This also reminds me of one of my favorite Qur’an verses which says:

ٌ
“And the Shaitan shall say after the affair is decided: Surely Allaah promised you the promise of truth, and I gave you promises, then failed to keep them to you; and I had no authority over you, except that I called you and you obeyed me. Therefore, do not blame me but blame yourselves: I cannot be your aider (now) nor can you be my aiders; surely I disbelieved in your associating me with Allaah before; surely it is the unjust that shall have the painful punishment.” Q14 (Surah Ibrahim) verse 22.

Who is the real big girl?
In my dictionary, I believe a big girl is the one who follows Allaah’s command, who walks on the path of piety, strives to attain the soul of Mutmainah, the Al Mutaqeenah, the erudite, scholar, Sheikha; she who faces her studies, the brilliant brained, the girls that espouse the words of Allaah and His messenger S.A.W. These are truly the successful ones and the successful ones are no doubt but the achievers.

The disparities between the two achievers is quite lucid like a crystal; the former leads to hell since it entails a life of disobedience while the latter is lucrative for the person will be an achiever of this duniya (world) and the akhirah (hereafter) 🌷💐🌳.

My dear sisters, my pen talks in this write up to correct our opines on who the ‘Real Big Girl’ is. We can be successful by obeying the doctrines our creator, Al Khaliq. Let’s vehemently oppose the obscene acts that centralises on being a ‘big girl’, ‘slay queen’, amongst others.

If we need to slay, then it should be on our studies, hifz (Qur’an memorization), taking scrupulous look on our deeds, incessantly doing of our istighfar (seeking forgiveness), obeying Allah’s commandments as a good servant; and more so, enjoying our life halalstically. 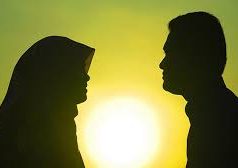 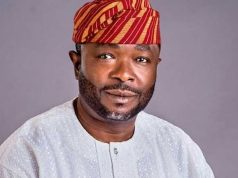 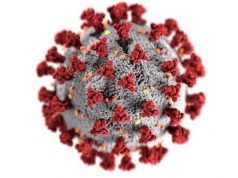